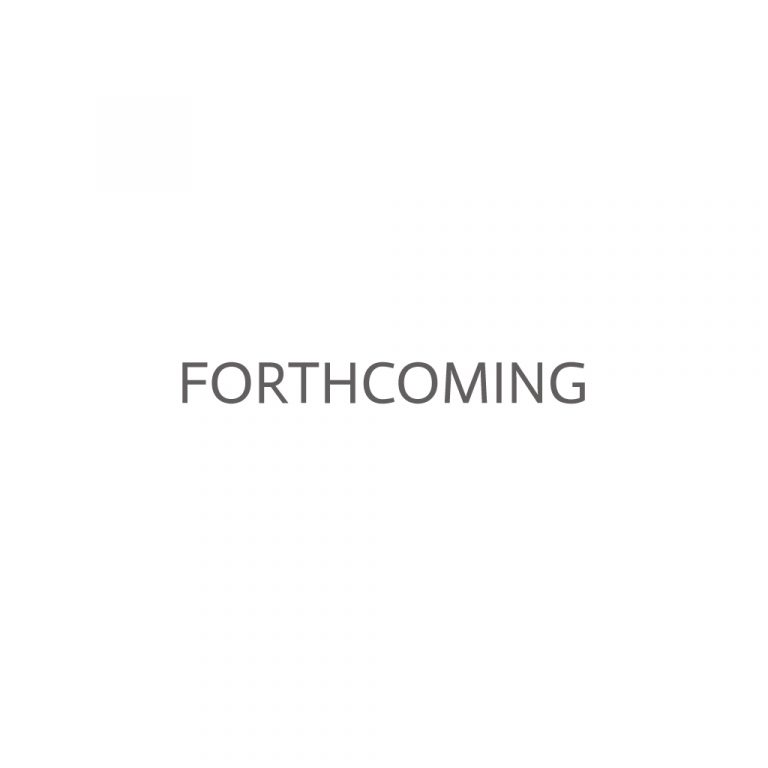 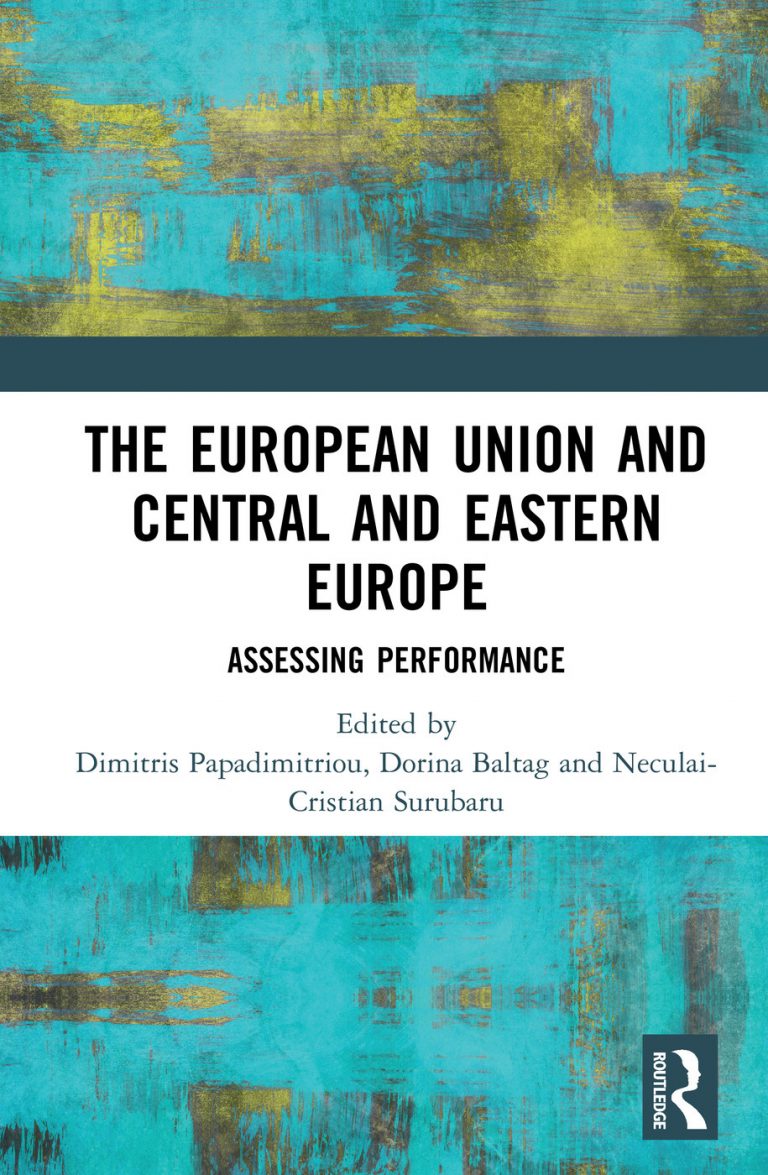 Abstract: This book addresses a number of key questions: What determines EU performance in post-communist Europe? What are the conditions that influence it? How does the projection of EU power differ between its enlargement policy and the European Neighbourhood policy? To answer these questions this volume brings together a wide range of case studies, based on different approaches and methods, but with a single analytical focus on ‘performance’. The book’s coverage and focus will be of interest to academics, practitioners and students interested in the EU, CEECs, pre- and post-enlargement studies and more widely to those interested in the international relations and the governance of wider Eastern Europe. 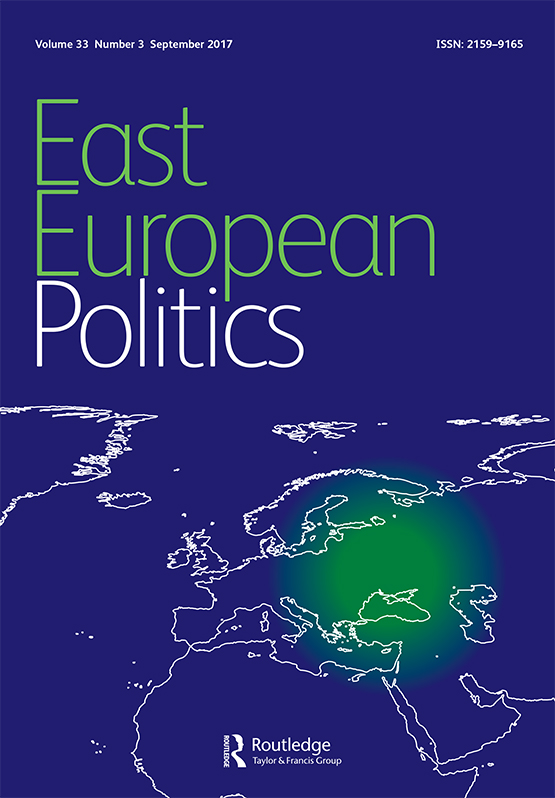 (2017) Assessing the performance of the European Union in Central and Eastern Europe and in its Neighbourhood, East European Politics, Special issue 1, Vol. 33, 1-16 (with D. Papadimitriou. and C. Surubaru)

Abstract: The issue of the EU’s performance in the “wider Eastern Europe” remains poignant, not least because of current developments in its “neighbourhood” (such as the crisis in Ukraine or Moldova’s downturn from success story to a captured state), the uneven pattern of reform across some of the recently admitted states (such as the turmoil in Hungary and Poland or the ongoing monitoring of Bulgaria and Romania in the area of rule of law), and the evident slow pace of progress and even back-sliding in parts of the Western Balkans (e.g. Bosnia-Herzegovina, Macedonia). Thus, questions regarding EU performance reoccur frequently and very often, its “transformative power” can be called into question. What determines EU performance in Central and Eastern Europe and in its Neighbourhood? What are the conditions that influence it? This collective inquiry addresses some of these questions.

Quo vadis, Republic of Moldova? The role of social and political elites in norm internalization process in Moldova. Democratization, Special issue (with I. Burmeester) 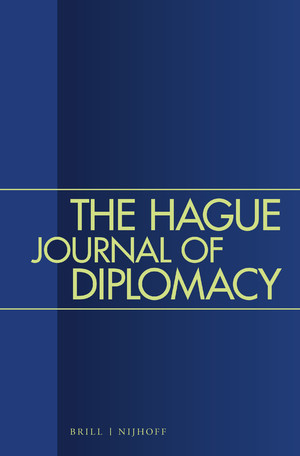 Abstract: The European Union (EU) today has quasi-embassies at its disposal in third countries – the EU delegations – which represent the Union’s eyes, ears and face. Following the Treaty of Lisbon, these delegations assumed the role of the rotating Presidencies and oversee the conduct of EU diplomatic affairs. In practice, this implies representing the EU and cooperating with EU member states’ embassies on matters not only relevant for aid and trade, but also for foreign and security policy. By employing performance criteria such as effectiveness, relevance and capability, this article uncovers the particularities of the practices of European diplomatic cooperation among EU delegations and national embassies in Belarus, Moldova, and Ukraine. Drawing on fieldwork conducted in Minsk, Chisinau, and Kiev from 2013-2016, the article explores practices of European cooperation abroad, shows how EU diplomatic actors identify a common approach and emphasizes certain capability issues faced by the EU in these countries. 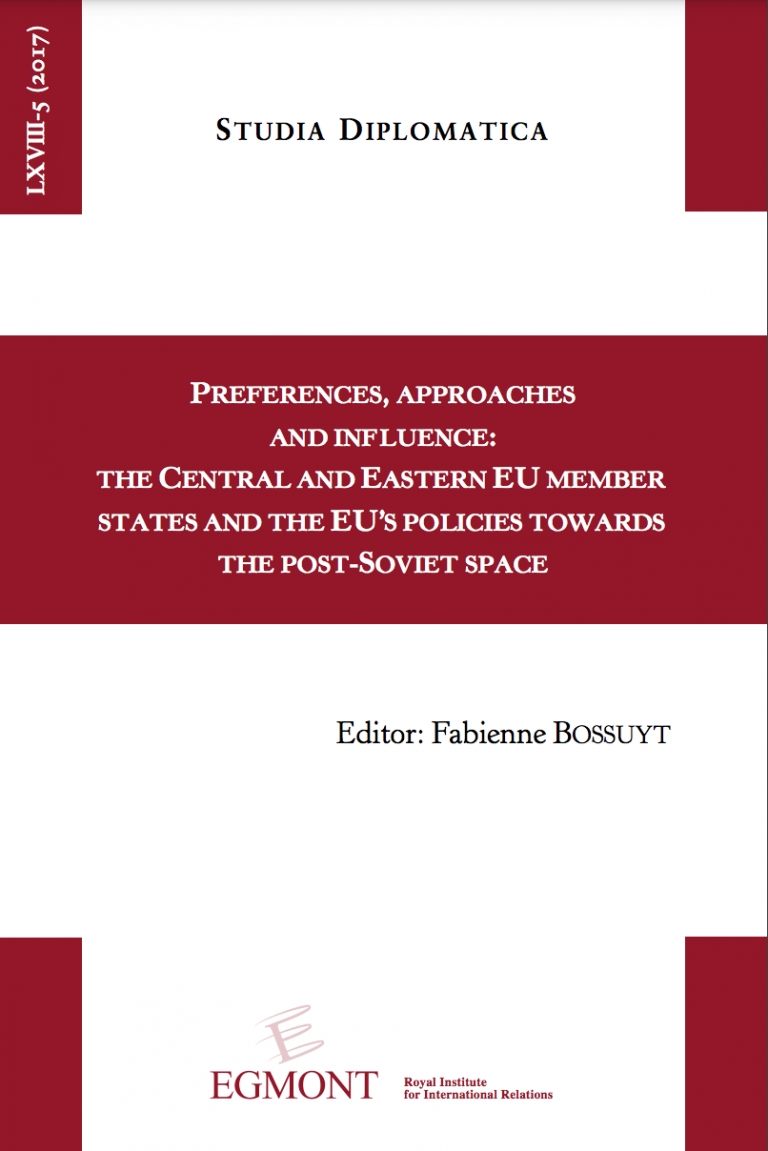 Abstract: This article explores how congruent are the member-state policies with the EU one. Using the concept of coherence, the degree of correspondence between national policies and strategies of Sweden, the Netherlands, Poland and the Czech Republic and the ENP/EaP is analysed. The aim here is to uncover how coordination happens among member-states in Moldova and Ukraine where their collective actions are pursued via their diplomatic representations. On the background of convergence between policies, the empirical evidence presented here shows divergence when it comes to actions related to coordination. The paper is based on several fieldtrips conducted in Moldova and Ukraine between 2011 and 2015 where interviews were conducted with EU and national diplomats. 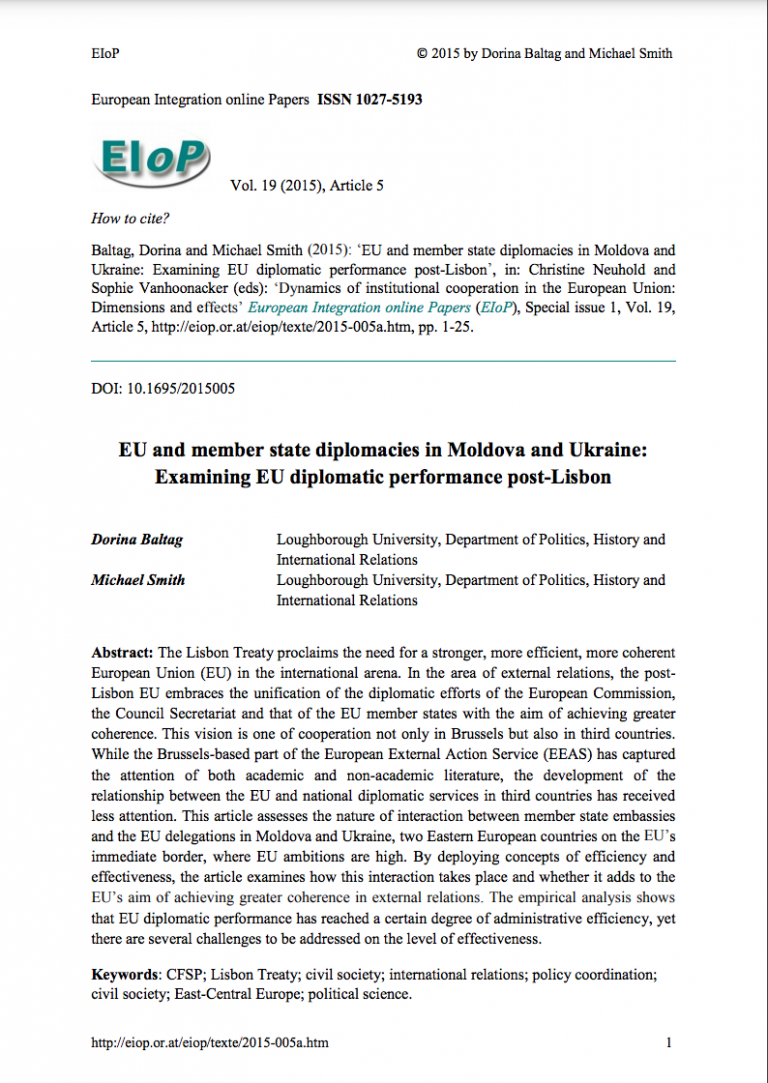 Abstract: In the area of external relations, the post-Lisbon EU embraces the unification of the diplomatic efforts of the European Commission, the Council Secretariat and that of the EU member states with the aim of achieving greater coherence. This article assesses the nature of interaction between member state embassies and the EU delegations in Moldova and Ukraine, two Eastern European countries on the EU’s immediate border, where EU ambitions are high. By deploying concepts of efficiency and effectiveness, the article examines how this interaction takes place and whether it adds to the EU’s aim of achieving greater coherence in external relations. The empirical analysis shows that EU diplomatic performance has reached a certain degree of administrative efficiency, yet there are several challenges to be addressed on the level of effectiveness. 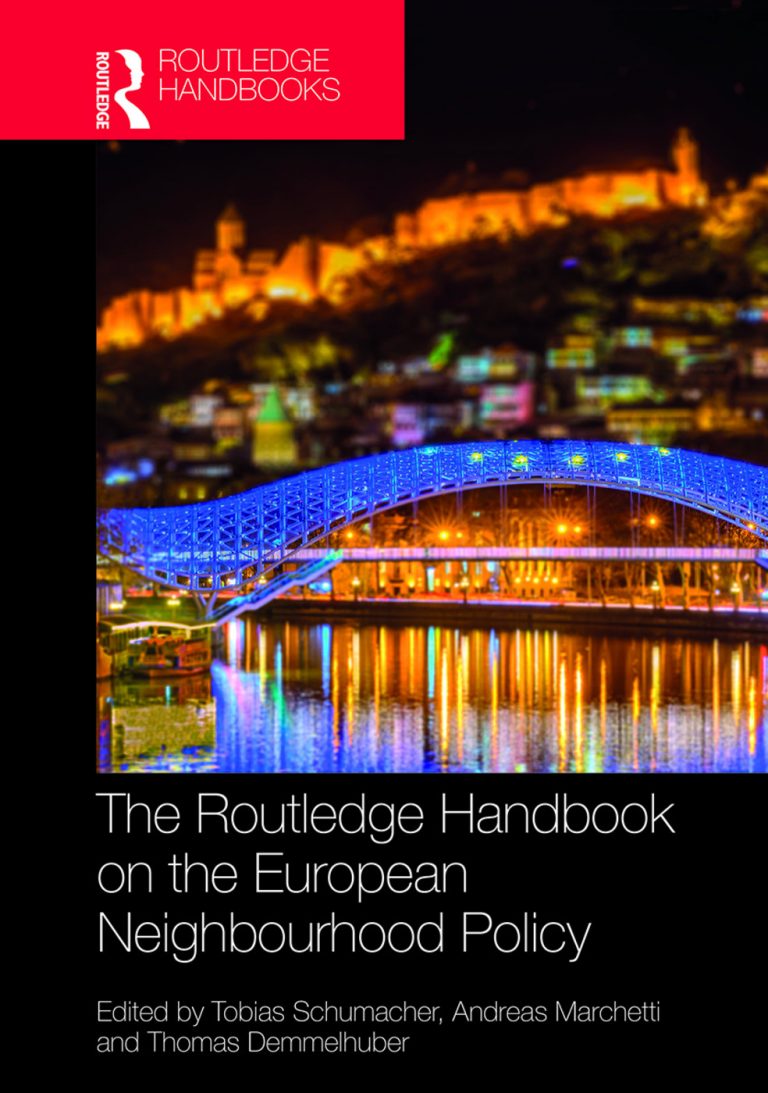 (2018) The Challenge of Analysing the ENP, in T. Schumacher, A. Marchetti & T. Demmelhuber (eds.), Routledge Handbook on the European Neighbourhood Policy (co-author: I. Romanyshyn)

Abstract: This chapter presents a conceptual framework to assess performance of the ENP. Although defining and measuring performance are challenging tasks, we draw on public administration and organizational studies literature to design five indicators to analyse it. On the input side, we assess ENP performance against the measurement of relevance and cohesion, while the analysis of effectiveness and impact constitutes the output dimension of ENP performance evaluation. In addition, we reflect on ENP resilience to examine the policy’s relationship with the external environment. The chapter concludes that the ENP underperforms, although the window of opportunity for policy improvement remains open. 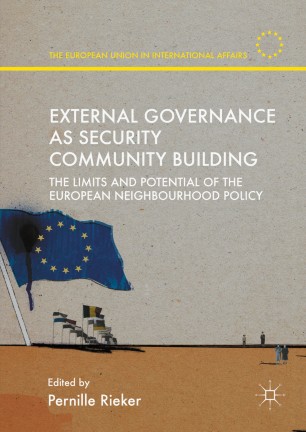 Abstract: Do the European Neighbourhood Policy (ENP) and the Eastern Partnership (EaP) work as security community-building instruments in European Union (EU)–Moldova relations and, if so, how? Adopting the view that building an effective security community requires a certain level of integration combined with a certain level of attractiveness, the authors examine the level of Moldova’s integration with the EU and domestic support for such integration, using four main indicators: the scope and comprehensiveness of the association, the level of adaption/external Europeanization, the level of participation/contribution, and the level of attractiveness of the EU. ENP/EaP policies are found to have been relatively successful in stepping up Moldova’s political and economic integration into the EU. However, the process of building a security community is not mature yet enough to ‘lock’ Moldova into a sustainable path towards European integration.

(2014) The ENP as an instrument for building a security community? The Case of Moldova”. Oslo: Norwegian Institute of International Affairs, Working Paper 833 (with G. Bosse)

Abstract: This study examines the level of Moldova’s integration with the EU and the domestic support for such integration, based on four main indicators: scope/ comprehensiveness of the association, level of adaption/external Europeanization, level of participation/contribution and the level of attractiveness of the EU. We conclude that the ENP/EaP has been relatively successful in stepping up the political and economic integration of Moldova into the EU, but that the process of building a security community is still not mature enough to ‘lock’ Moldova into a sustainable path towards European integration. 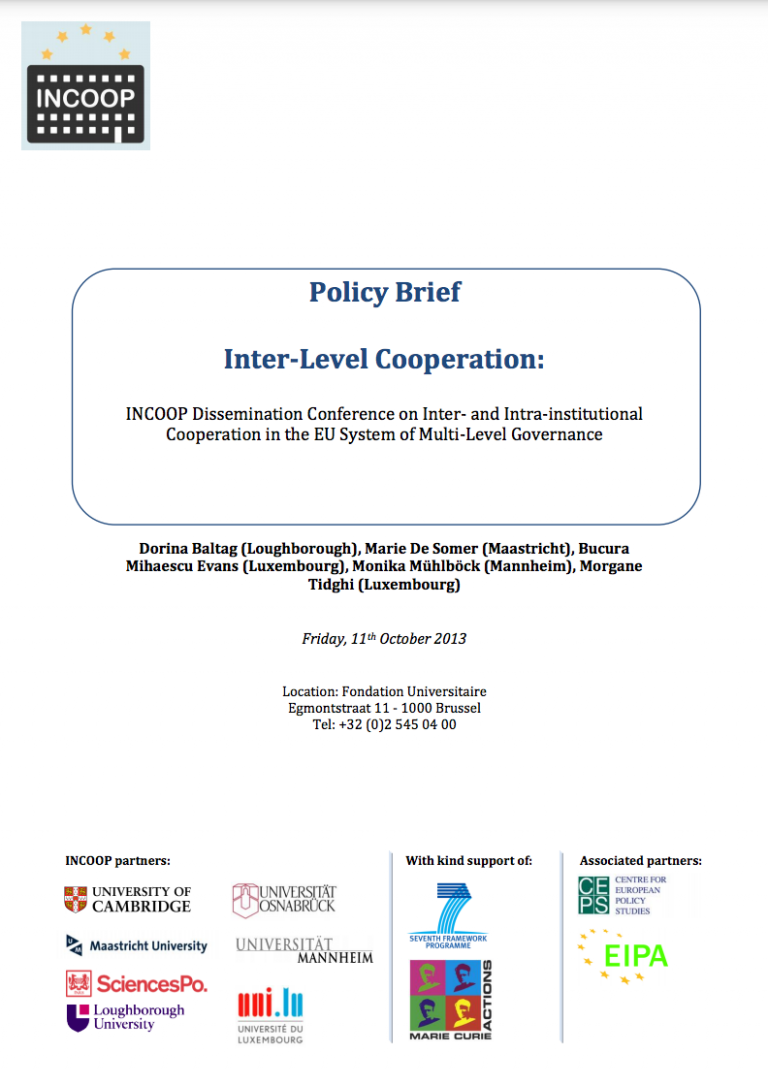 Abstract: In this policy brief, we identify several specific challenges in different areas of inter-level cooperation, namely the legislature, the judiciary, the administration as well external relations. In this respect, certain case studies have been conducted for an in-depth exploration of the challenges in specific contexts. Based on these findings, the policy brief then presents potential solutions and policy recommendations. 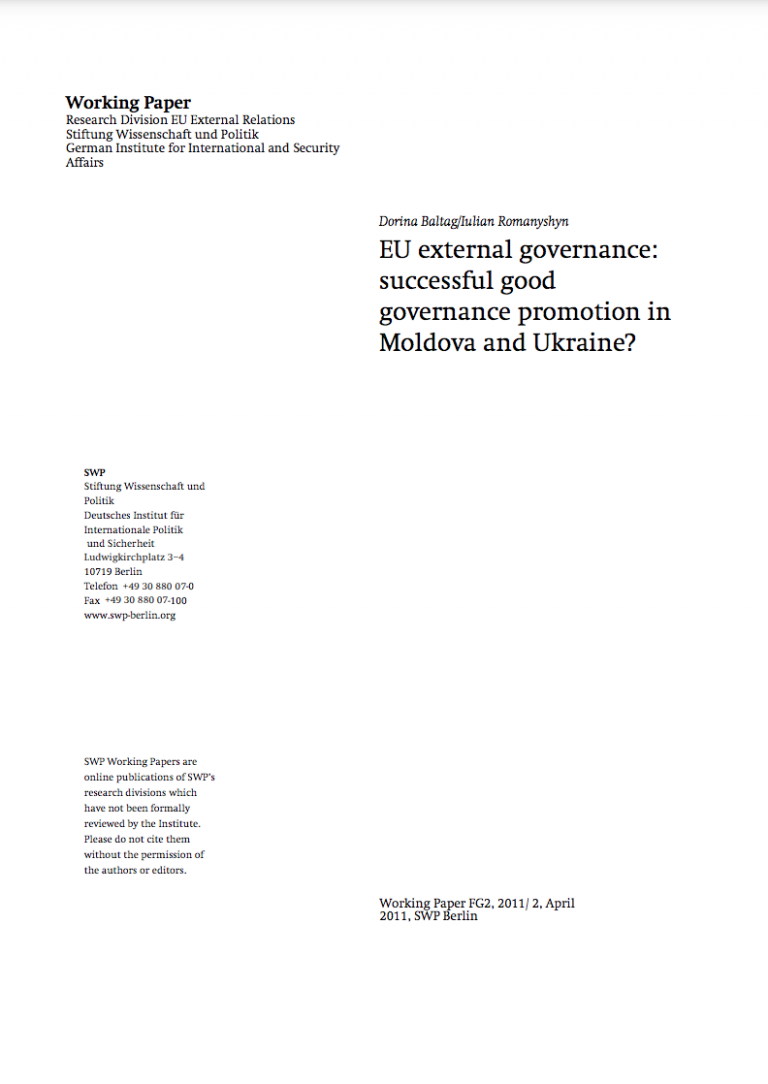 Abstract: The research question central to this paper is whether good governance promotion is indeed successful without the promise of EU membership. The scope of the research is limited to the analysis of the EU rule transfer in the energy and trade policy of the two Eastern European neighbours – Moldova and Ukraine. As will be shown in the paper, the successful rule transfer largely depends on the strength of the EU incentives. However, the commitment of neighboring countries to enforce EU-induced reforms may be diminished due to the impact of domestic and external factors. This allows drawing broader conclusions that highlight the necessity for the scholars to pay more attention to the context in which the EU rule transfer takes place.